Team Rocky Mountain ATV/MC battled the competition at the fan favorite track, Redbud MX in Buchanan, MI as round four and five of the 2020 Pro Motocross Championship series went down Labor Day weekend. With races on both Friday and Monday, Blake Baggett finished off the double header weekend with a moto win and 2nd overall during Redbud 2, while teammate Justin Bogle put in top-20 rides both rounds.

During morning practice Blake Bagget found the fast line around the RedBud track, taking the top qualifying spot for the day. Using that advantage in Moto 1 he was able to round the first turn inside the front pack. He immediately found himself in a battle inside the top 10 with Eli Tomac that lasted for the first half of the race. After falling out of the top 10 momentarily, Blake put on a hard charge in the second half of the race to take the checkered flag in 10th place. Another good start in Moto 2 had Baggett finishing the first lap inside the top 10. He stayed on the gas as he worked his way closer to the top 5 by the middle of the race. Hitting his lines, Blake crossed the finish line in 7th place, earning him 8th overall for the day. 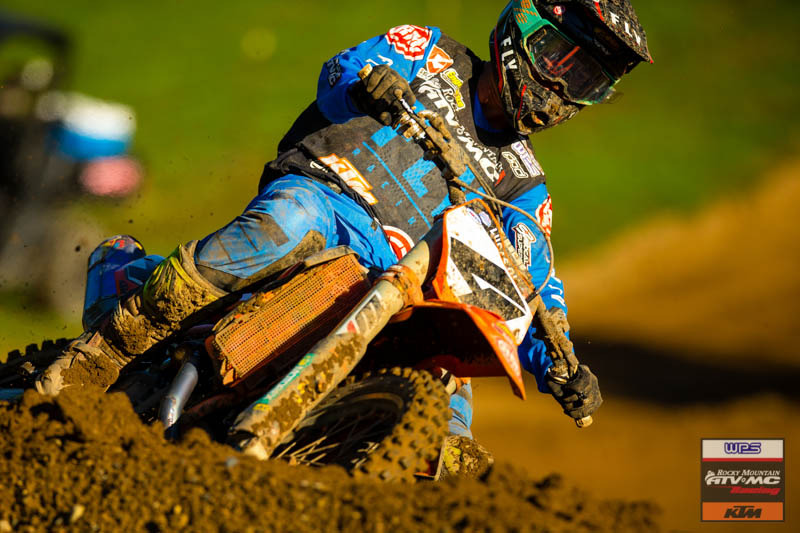 Justin Bogle continues to gain momentum with each race, and RedBud 1 was no different. In Moto 1, Bogle finsihed the first lap inside the top 15. He fought for position throughout the race, moving to just outside of the top 13 before sliding back to take the checkered flag in 17th place. A good start off the gate in Moto 2 allowed Justin to finish the first lap just outside the top 10. The number 19 kept the pace on the rutted track to finish 17th, earning 16th overall for the day. 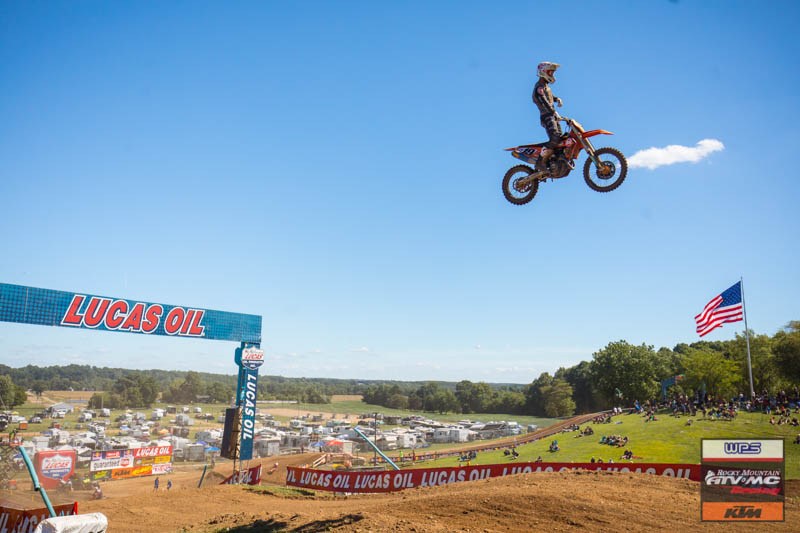 Blake Baggett rode smooth and quick in morning practice, posting the 4th fastest time of the day. He would start moto one inside the top ten, and then quickly made moves to push just outside the top five by mid-race. Blake then found himself in a battle with Marvin Musquin for a few laps before sliding back to take the checkered flag in 6th place. A top five start in the second moto gave Blake the track position he needed to battle for the win. He picked up the pace, as he worked his way past Marvin Musquin putting him inside the top three. After taking advantage of a downed rider, he quickly moved into second, setting his sights on the lead, stalking Zack Osborne with five laps to go. In “El Chupacabra” fashion he closed the gap quickly and made one of the best moves of the weekend for the lead with a few laps left. Not letting off the throttle, he opened up a seven second gap in the closing stages of the race and crossed the finish line with his first win of the season, earning him a spot on the podium with 2nd overall for the day.

It feels good to get that moto win. I had the speed all weekend. Things were connecting and the race just came to me. I want to give it up to the team for being behind me and all their hard work. We will take this momentum into the break and come back ready for another podium at Spring Creek

Justin Bogle showed speed in the first moto, as he completed the first lap outside the top twenty. He didn’t let off, but instead, focused and went to work moving forward. He continued to push and made his way to 15th at the checkered flag. Moto two had Justin starting inside the top ten. He would run the pace early in the race before falling back a few spots. Justin hit his lines, and fought his way to the finish line to take the checkered flag in 14th, earning 13th overall for the day

I felt good out there today. Overall, I had a better pace and picked better lines on the track today. We still have a few things to work on, but we are heading in the right direction and keep come back ready for Spring Creek in two weeks.

Team Rocky Mountain ATV/MC will take a week break before going racing at Spring Creek MX for round six of the 2020 Pro Motocross Nationals in Millville, MN.