SoCal SuperTrucks backed Team Rocky Mountain ATV/MC made it’s stop at the valley of the sun this past Saturday night for round four of the 2020 Monster Energy Supercross Series at State Farm Stadium. At the first Triple Crown event of the season, Blake Baggett stayed on the gas to earn a top-10 finish for the night. 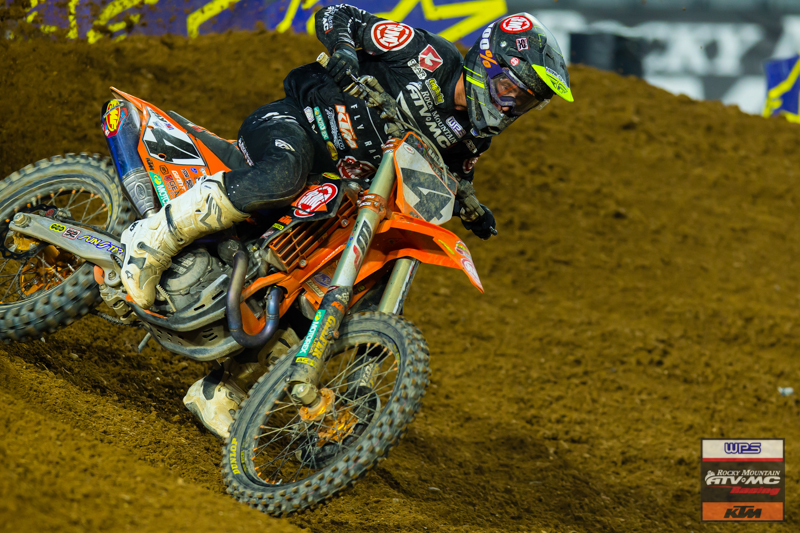 Blake Baggett began Main Event 1 with his work cut out for him as he found himself mid-pack after the first lap. He immediately got on the throttle, though, and started making his way forward and into the top five. Then in 5th place, Blake’s advance to the front came to a stop when he went down after overjumping the large quad at the end of the rhythm section. After getting back into the race in 17th place, he worked his way back up to 12th, at the checkered flag. Blake started Main Event 2 in 5th place until the race was red flagged for a downed rider. Upon restart, Blake finished the first lap in 10th place, but quickly cut through the field, hitting his lines every lap on the way to his eventual 4th place finish. In the third and final main event, Blake came around the first turn in 3rd place and was aiming towards the front before another red flag was thrown. After a mid-pack start at the restart, Blake was really moving and started to advance. After breaking into the top five, he made a clean pass for 4th place in the long rhythm section before getting tangled up with Zach Osborne and going down in the next corner. After getting back on his bike, Blake finished the final race in 14th place to earn 10th place overall in the final standings.

“Tonight wasn’t my night. The track was tricky tonight. I just didn’t get the starts I needed and minimize the mistakes tonight. The main thing is we leave here healthy. We will regroup and come back strong at Oakland next weekend.” 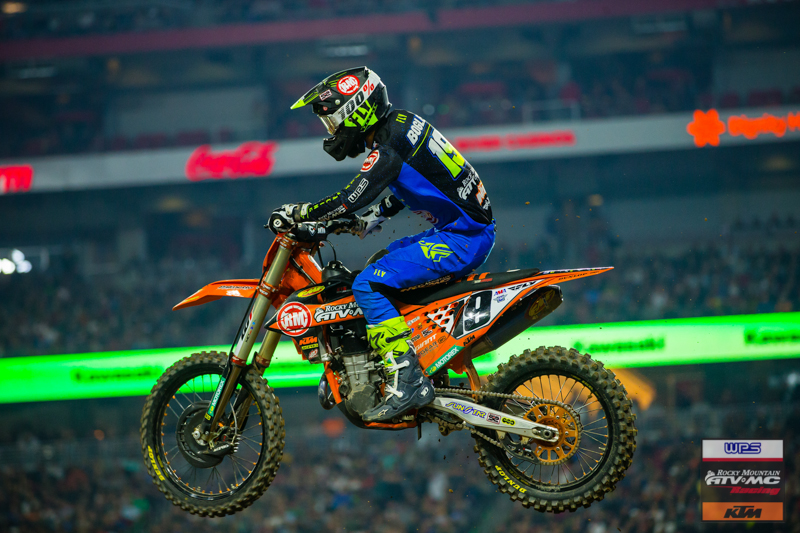 Justin Bogle shot out of the gate in Main Event 1 but rounded the first turn buried at the tail end of the pack. With his work cut out for him, Justin battled his way forward to earn 14th place at the checkered flag. In the 2nd main event, Justin would have a big get off in the first turn taking a hard blow to his head.

After quick, excellent care by the Alpinestars Medic Crew – It was decided it would be best for him to be checked out at the area hospital. After a number of tests, including a full-body CT scan, it was determined he had endured a general concussion and was released that evening. Justin will be meeting his neurologist this week to begin AMA Supercross series regular concussion protocol and will be sitting out this weekend’s race in Oakland. As a team we fully support our riders and want what is best for them. We will post an update on Justin’s progress later this week.

The team will now head to RingCentral Coliseum in Oakland, CA for round five of the 2020 Monster Energy Supercross Series.